on Youtube Call Give us a Call Map View our Map 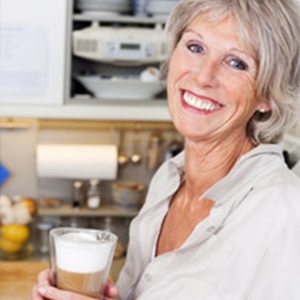 Caring for your oral health includes regular teeth care and gum care. Neglecting your gums can eventually lead to periodontal disease, also known as gum disease, which is a culprit for the deterioration of your overall oral health. Periodontal disease affects 75% of adults over 35 years of age and is responsible for approximately 70% of all adult tooth loss. Since symptoms of periodontal disease often times are unnoticeable, people never realize their mouth is under bacterial attack. 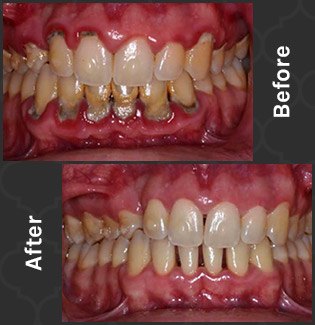 Highly recognized as a greatly progressive disorder, periodontal disease is triggered by preventable factors like plaque build-up, tobacco use, certain medications, and stress, as well as unpreventable measures like systemic disease and fluctuating hormone levels during puberty, pregnancy or menopause. Research proves up to 30% of the population may be genetically susceptible to gum disease.

Periodontal disease begins when the bacteria in the sticky film which forms on the tooth surface, or plaque, causes gum inflammation. If the irritation is ignored, plaque will release toxins breaking down the natural fibers which hold your gums to your teeth, permitting even more bacteria and toxins to invade. Plaque deposits quickly harden into calculus or tartar, which is a rough, porous substance not removable with brushing. Over time, this progression can lead to severe inflammation, bone loss, gum recession, and tooth loss.

Symptoms and signs include: